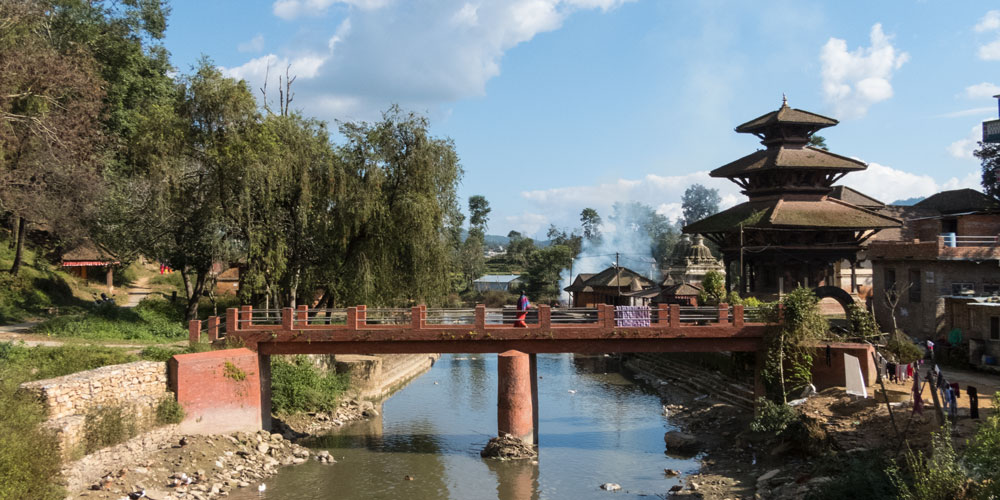 Today we visited the town of Panauti, a town built on a huge rock and thus not affected by the earthquake of 2015. Also, since built on a rock, the inhabitants are forbidden to use a mortar because the sound reverberates all over town. I’m not sure this is actually true but it makes a good story! 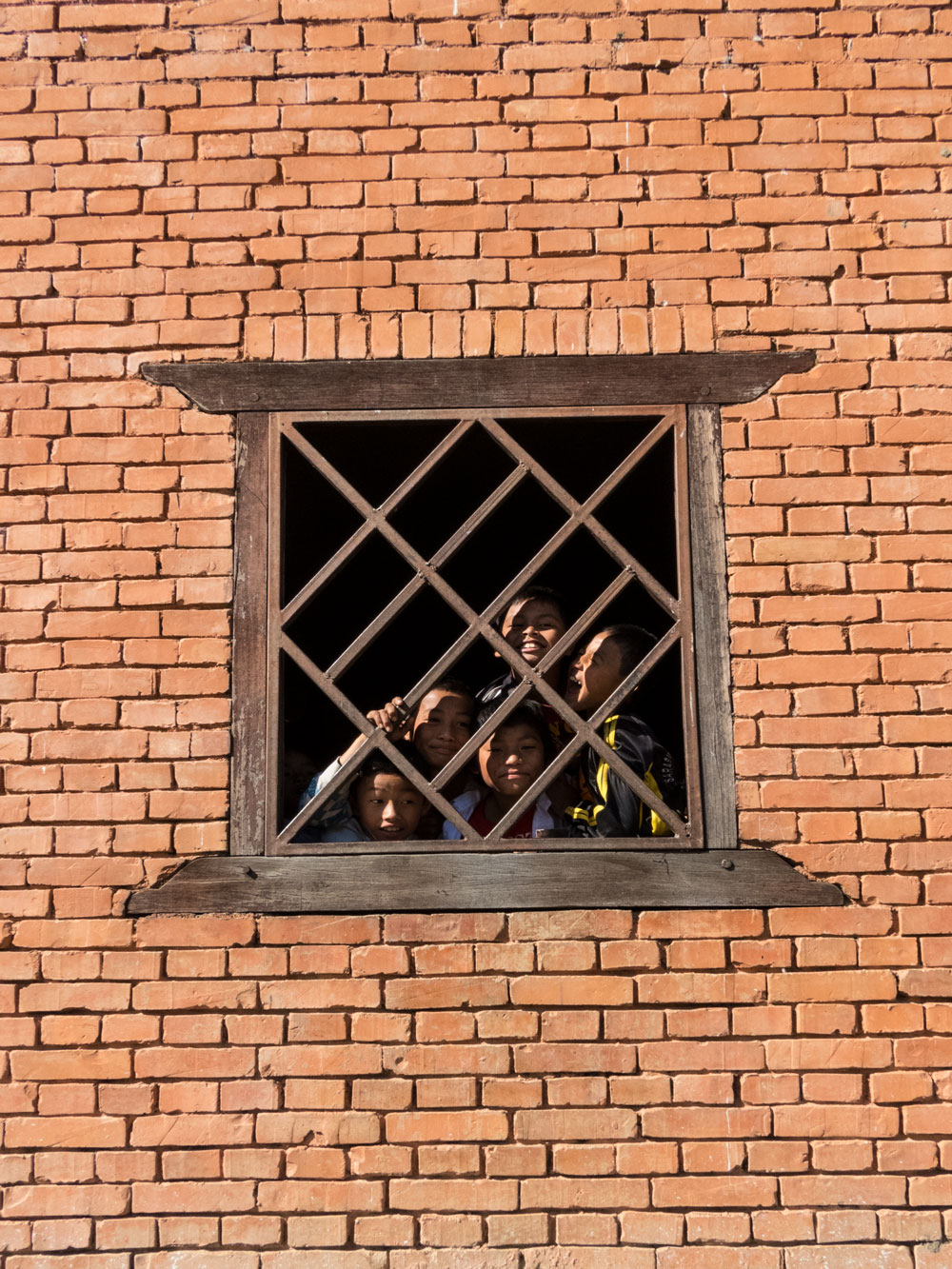 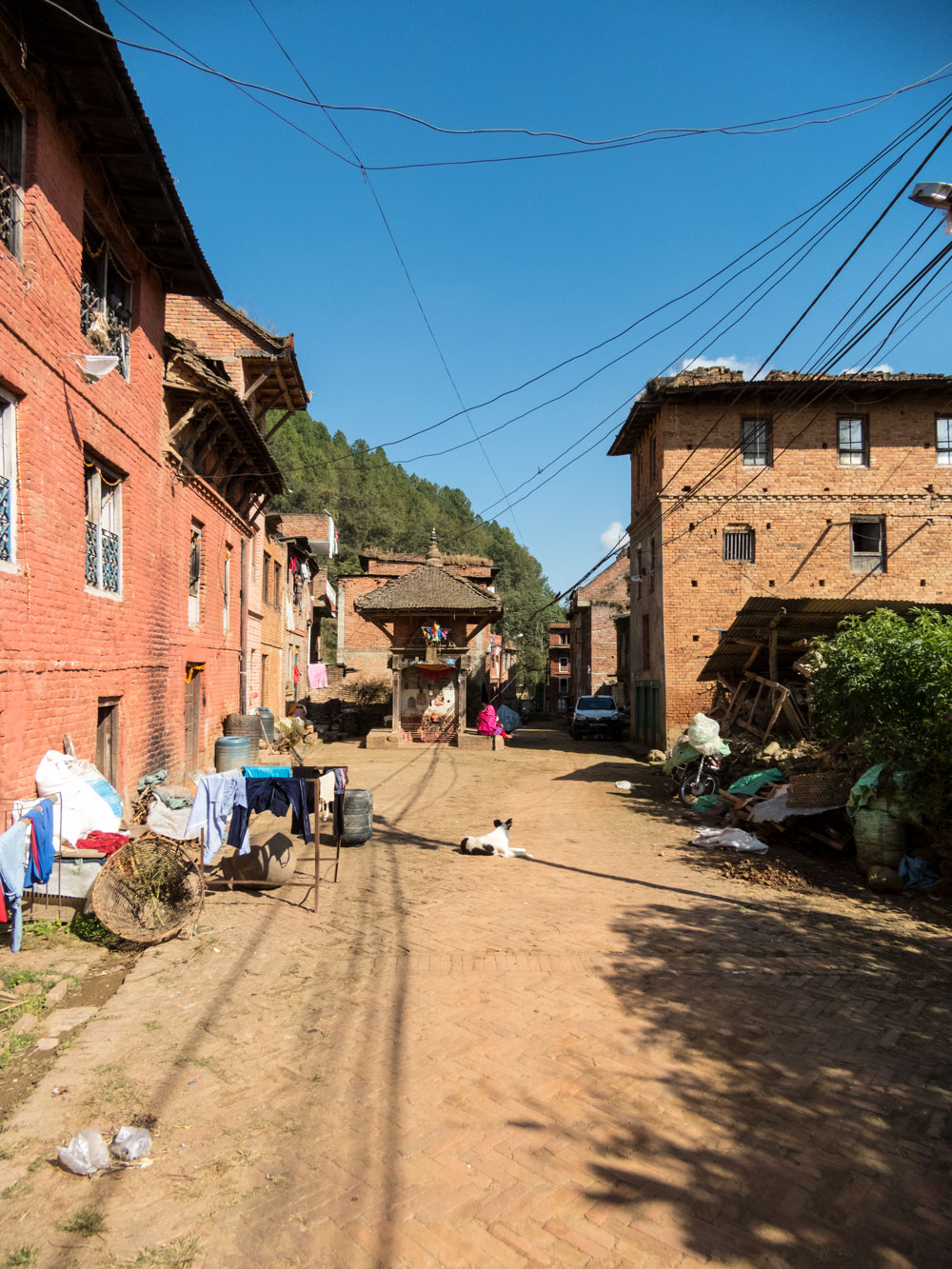 In the oldest part of town, where the rivers Rosi and Punyamati meet, we visited the Indreshwar temple. The temple was built in the 13th century and every portion of it is ornately decorative with exquisite carvings. And it had a nice but tragic love story attached to it. I am not sure weather the temple is hindu och buddhist – it’s all very confusing to me! Anyway, the legend says that the king of the heavens, Indra (who appears in both hindu and buddhist legends), seduced Ahalya, the wife of the wise man Gautama. Ahalya was converted into a stone, which is now at the north eastern corner of the temple’s platform. 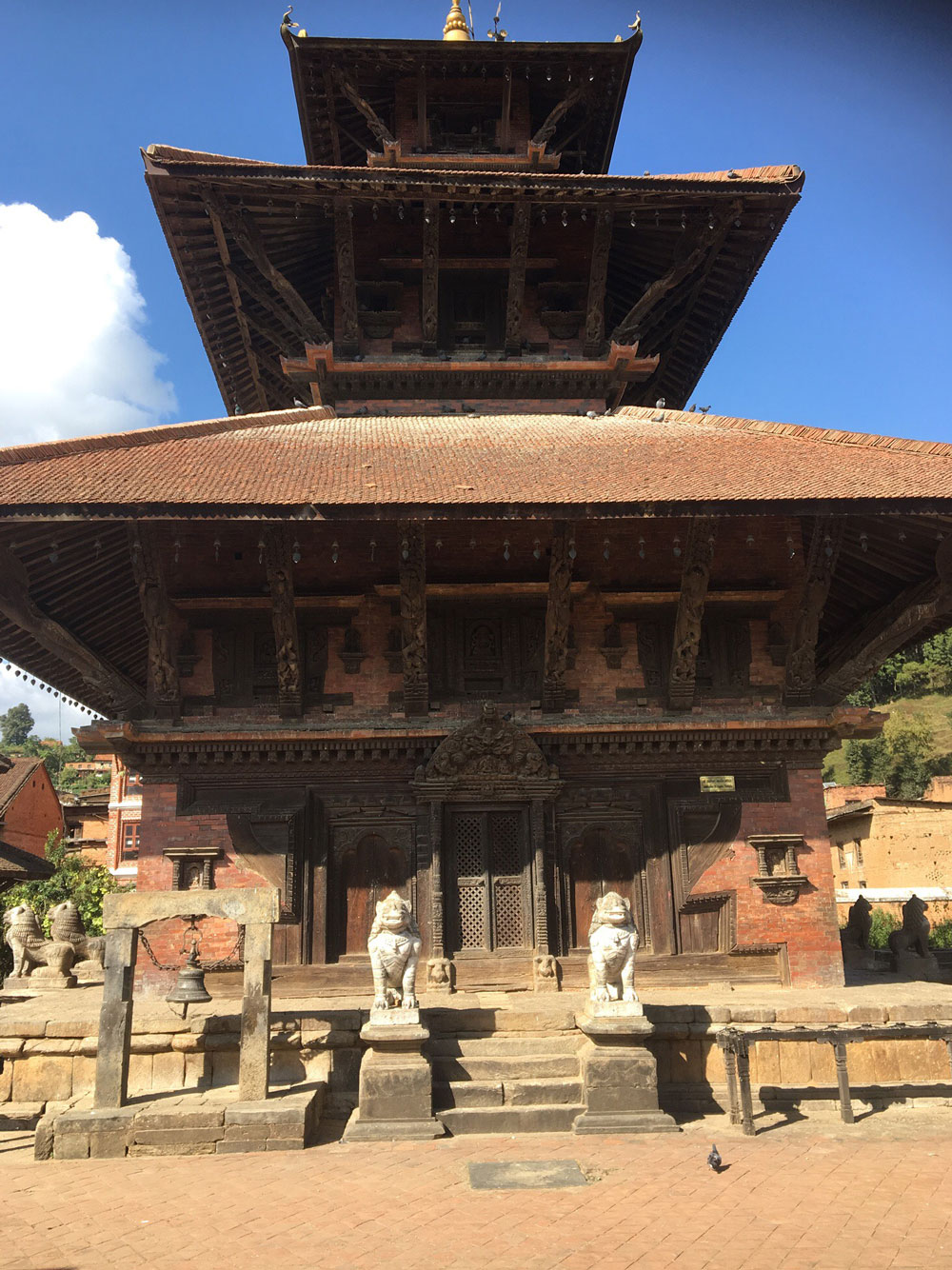 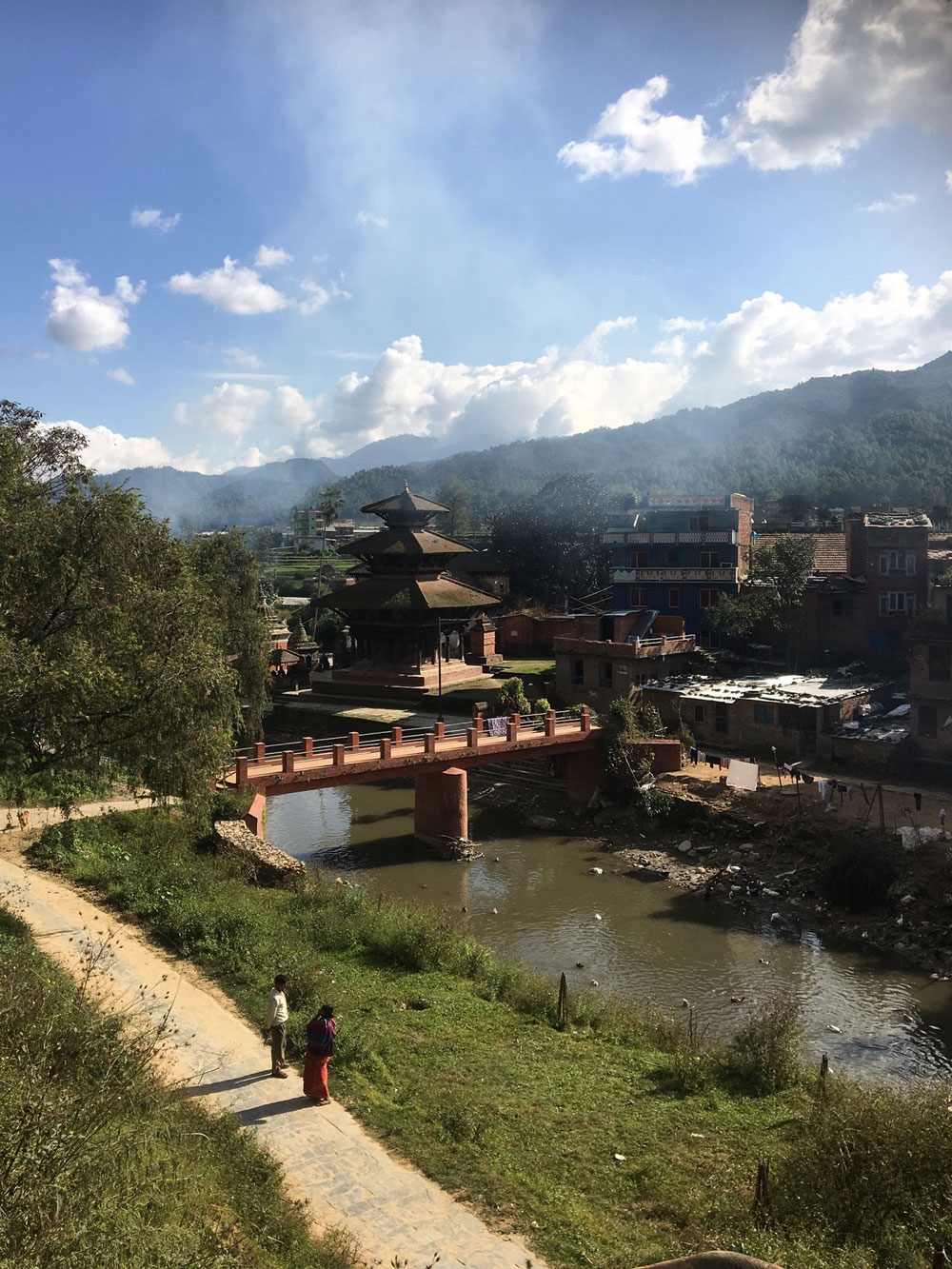 This is the long version of the story, or one of the versions anyway. Once, Indra, waited for the wise man Gautama to leave his ashram so that he could seduce his wife, Ahalya. When the right time came, he disguised himself as Gautama and went to Ahalya, who did not recognise that it was not her husband. She fed him and bathed him, and then the couple slept together. However, as soon as they started making love, Ahalya knew that this was not her husband. Yet, she could not stop herself, and was soon lost in desire.

Unfortunately Gautama returned early and caught them in the act. Ahalya, stood there, stunned with her eyes downcast, while Indra tried to escape in the form of a cat. However, Gautama was smart and wise and brought Indra’s true form forth and cursed him: “May you be covered with the vaginas of a thousand women! You, who loves to seduce wives!” As soon as Gautama said this, Indra was covered with the genitalia of women, and instantly became the laughing stock of all the cosmos. He hid in the farthest corner of the universe from shame. Then Gautama turned to Ahalya and said, “You shameless woman, may you turn into a rock, unable to feel any emotion!” As she was falling, Ahalya begged her husband, “Please, great rishi, have some limit to your curse.” Gautama relented and said, “You will only be freed of the curse when the dust from Rama’s feet purifies your sullied soul.” I feel a bit sorry for Indra but take solace in that the many vaginas later was changed into a thousand eyes… Much better!